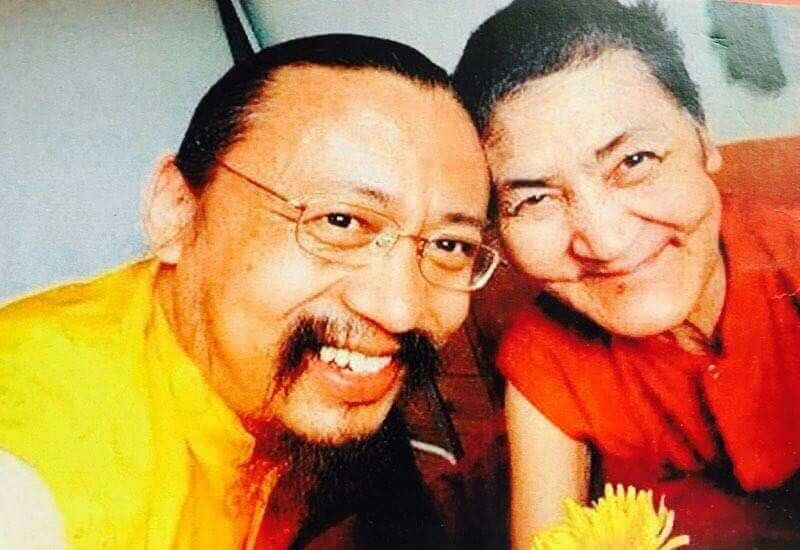 All in union, my Root Guru and my Mother,I pray.

Her father was Getse Gayltho. Her mother was Yazha Zhebho.
She had an auspicious birth and was called a ‘lucky girl’. 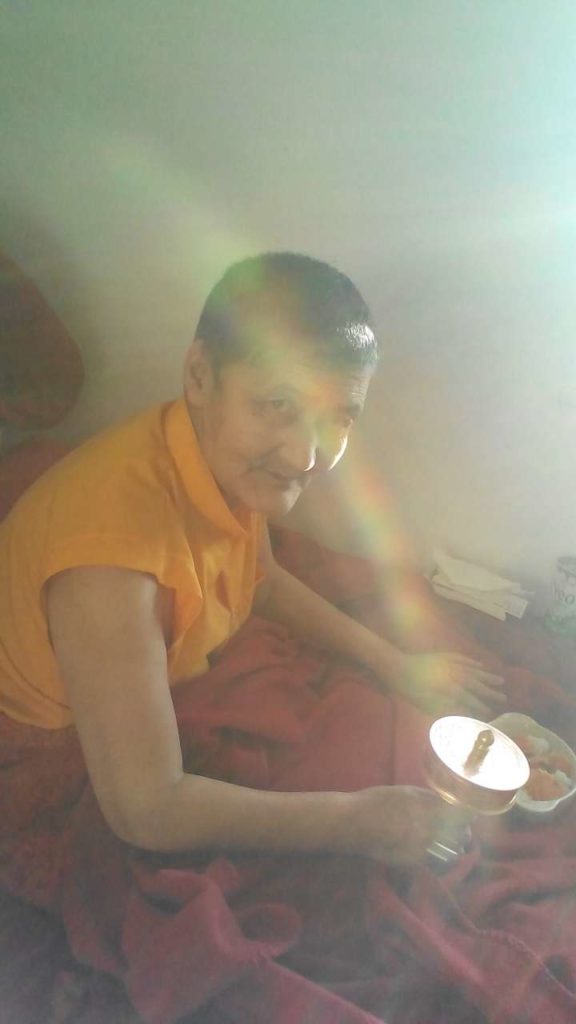 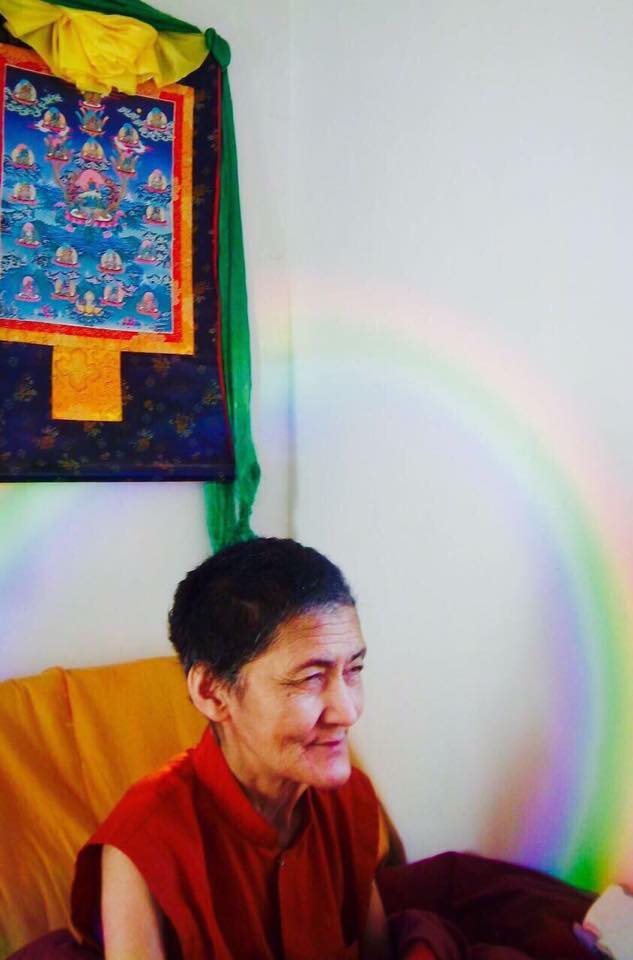 Urgen Drolma’s nature is compassion. She respects others. She has a pure mind. At eight years old, she took Refuge with H.H. Khenchen Jigme Namgayl. She was given the name Kyadthob. 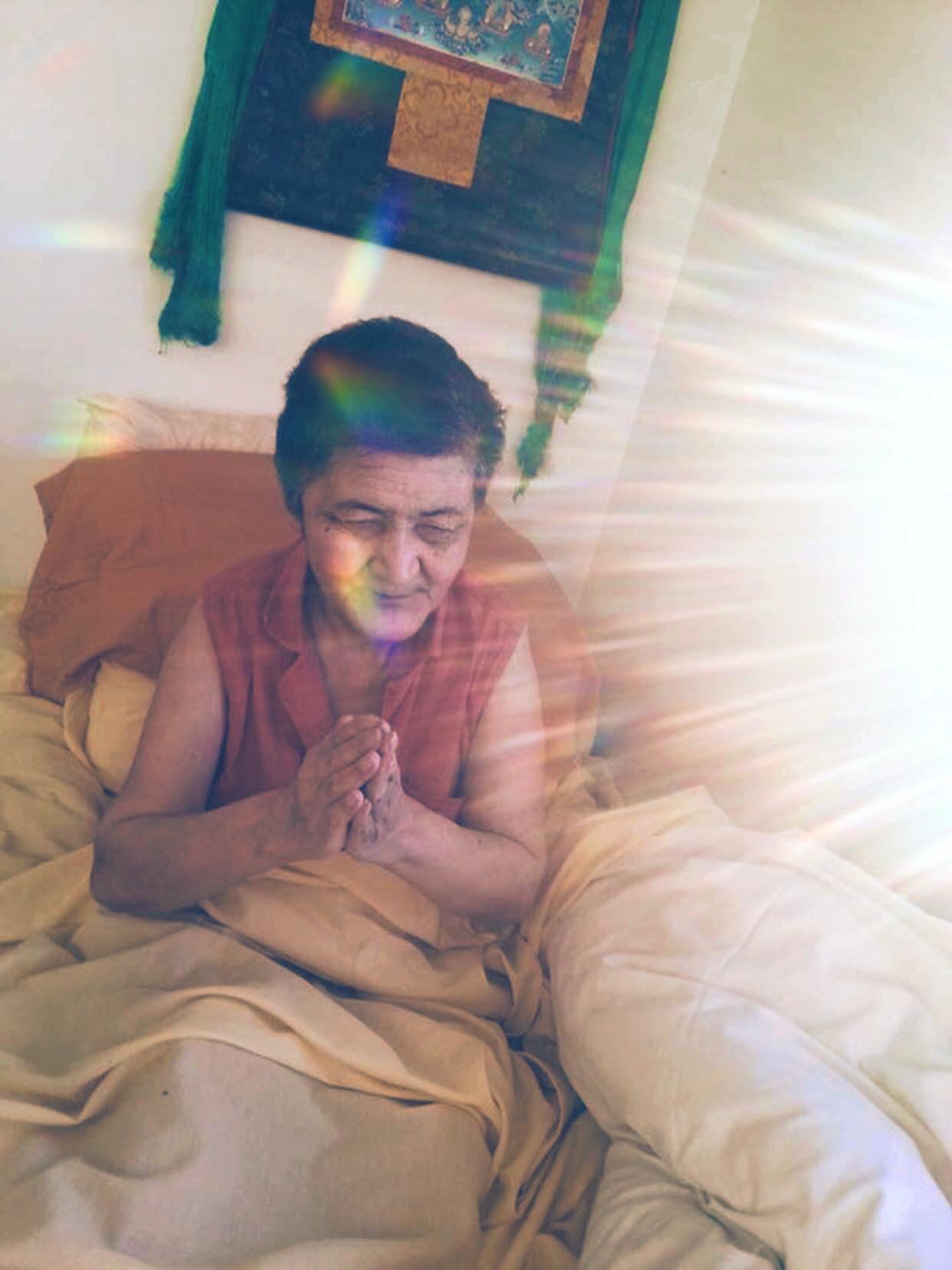 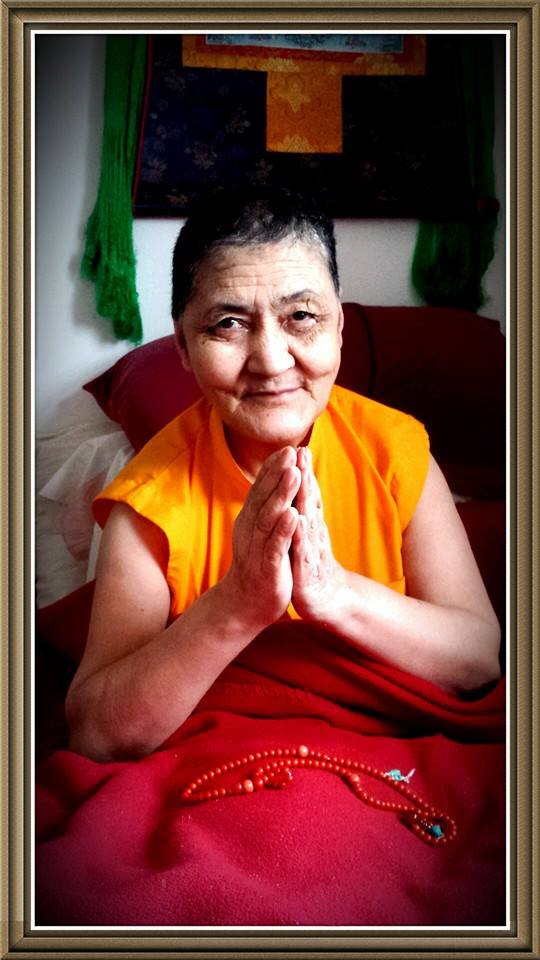 H.H. Khenchen Jigme Namgyal gave her the name of Urgen Drolma because she was always doing Guru Rinpoche prayer and meditation and Tara meditation. After this, people called her Urgen Drolma.

While Urgen Drolma was growing up, she took care of yak, sheep and horses
As well as taking care of her family, especially her mother. Even while doing these things, she always did Refuge and Tara meditations. Through those years, she always did Refuge, Guru Rinpoche and Tara meditations as well as taking care of the animals and her family.

Her voice is very special. It is a beautiful sound. When she sings Dharma songs and does mantra, she makes people very happy. She is always kind and helps others.

As she became older, her parents, especially her mother, asked her about getting married. When she was 24, she married Rachen Shitro Rabjan. Later, H.E. Khenchen Lama Rinpoche was born. Her life became taking care of her son, family and doing meditation. It was very difficult with the Chinese. But with meditation she always felt joy and took care of others. 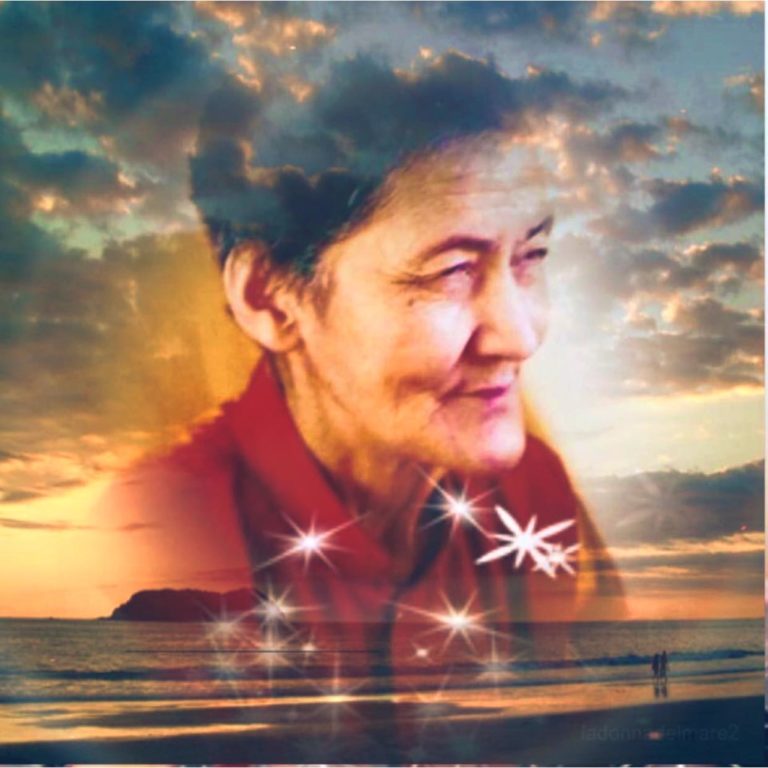 Day and night she did preliminary practice. She did Dzogchen meditation at Samay Thimphu and many places where Guru Rinpoche did meditation. Urgen Drolma spent 16 years doing these meditations in a cave. Then she went to Nepal to Guru Rinpoche’s Mahamudra place. For eight years she was there in a retreat center, meditating.

Then she became unwell. And she went to the U.K. Kunzang Chuling retreat meditation. She is always doing Four Roots meditation; Dzogchen meditation including Thodgal and Dzogchen dark retreat. She has done these for 11 years.

Urgen Drolma has spent her whole life with meditation, being in retreat and more recently, living in the U.K. Her nature is really a great yogi practitioner. With her, meditation and life are the same. Now she is a great Dzogchen yogini practitioner!

At times Urgen Drolma has not been well. This never matters. She continues to do meditation. She never complains. She is never harsh or sharp.

She is always kind and patient with everyone.
Everyone is so surprised and say it is hard to believe.
Most other people would have passed away before now.

Her doctor said she is a living Buddha! And she continues peacefully doing meditation. 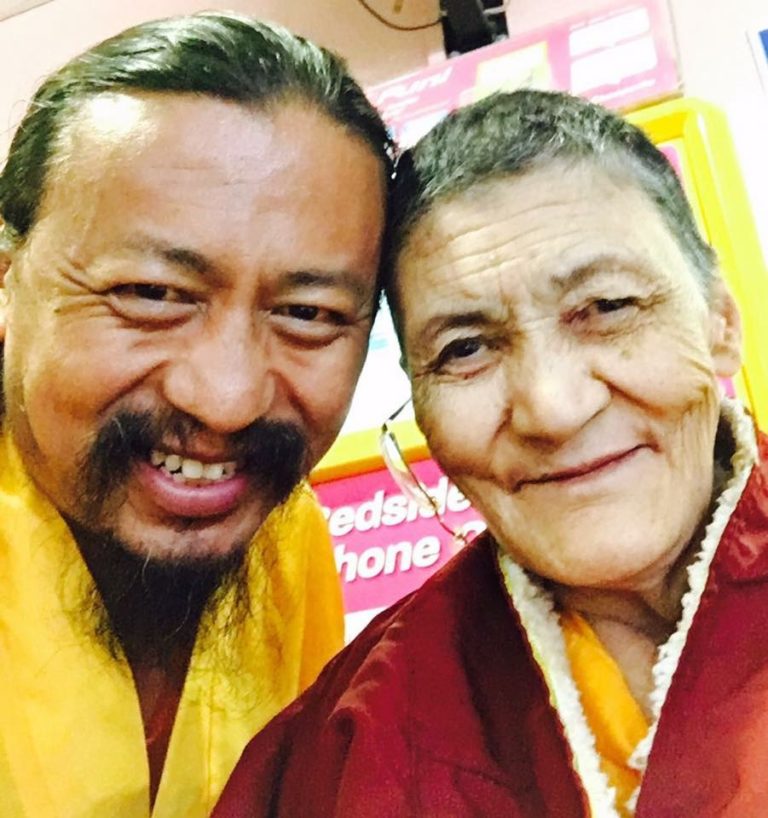 There is no ego; there is never politics. There is no thinking very much of samsara; there is no samsara mind. In her whole life, she never watched TV. And she has no need for a phone and always being on a phone. She is only thinking of Dharma. And she is doing this in our 21st century! Wow!

Her whole life has been meditation. Her memory is great! She knows all of Guru Rinpoche’s sadhanas. Urgen Drolma’s nature now is meditation. Her emotion is Heart Guru and she has seen Buddha. She knows the nature of Buddha. Her life and meditation are in union.

Urgen Drolma’s wisdom and compassion are together. She is very kind. She is amazing! Her nature is radiant, luminous! She is just like Tara. Her motivation is to benefit sentient beings to reach the great liberation right now.

Yogi and Yogini practitioners have asked me to do a short biography of my mom.

Urgen Drolma has outer, inner and secret history. But these won’t be spoken of now. This is only a short history.

Urgen Drolma is my Guru and my mom.