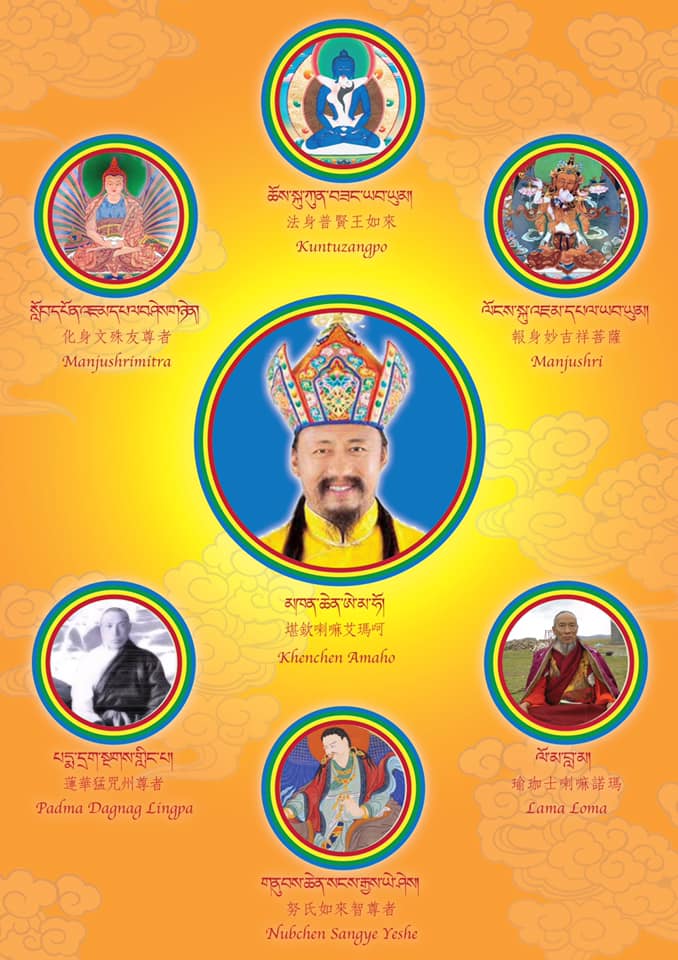 Padma Drangnag Lingpa was a manifestation of Guru Rinpoche’s heart student, Nubchen Sangye Yeshe. Padma Dragngag Lingpa was born in 1922 and passed away to nirvana in 1959. He was a great Terton, Treasure master. His Great Mind Treasures are in three divisions: ‘La’ which are Guru Yoga meditations: ‘Dzog’ which are the Dzogchen tantras and ‘Thuk’ which are yidam sadhanas.

The ‘Dzog’ division of the Dzogchen Tantras covers the entire Dzogpachenpo path including 30 Pointing Out Instructions, Dzogchen Kalachakra and Tsalong Trulkhor. The Sadhanas in the ‘Thuk’ division include: 13 Guru Rinpoche Wishfulfilling Gem sadhanas and Guru Rinpoche’s history which is like Padma Kathang as well as Chod. Other yidam practices include: 21 Taras, Yamentaka, Dorje Drollo, Kurukulla, the Heart of Yangdak Sadhana, Hyagriva, Zambhala, Ekajati, Rahula, Damchen, Dorje Lekspa and Dharmapala of King Gesar. There is also a Naga small puja; Naga and Mother Earth Offering Sadhanas; Tsok offerings; Eight different prayers or dedications as well as 32 sadhanas.

Most important is for everyone to do Guru Yoga and Dzogchen meditation and the 8 Sadhana teachings of the 8 Great Deities. Padling Terser never ever ends. It will grow quickly and benefit outer, inner and secret levels of all the worlds.